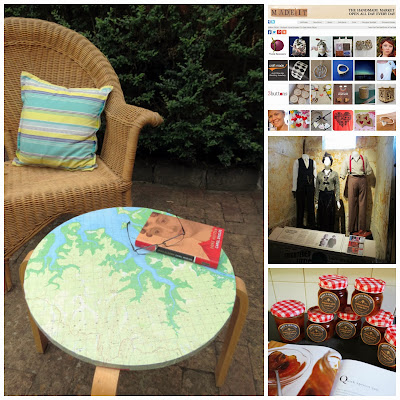 While putting this collage together, I realised how little I have done with Pivotal Xpressions in 2013.  It's been a very quiet year with the business.  I must admit it's got to the point that I'm not too sure what to do with it, do I close or have a break?  My husband said to have a break and to have a think.  Yes I am still thinking, so hopefully I will have an answer in 2014 of where I will go.

In the meantime I want to thank my readers for still sticking around.  Have a wonderful and peaceful Christmas and an amazing New Year.  See you in 2014.
Posted by Beky at 1:10 PM 1 comment:

Email ThisBlogThis!Share to TwitterShare to FacebookShare to Pinterest
Labels: Business

I was invited to a 40th Birthday Party, the theme was 'Grease' - the movie.  I decided to make a general 1950's dress, not an outfit that directly comes from the film, because I wanted to create something that I would have the opportunity to wear again.

Last year I came across Sense & Sensibility Patterns on the net.  I am not an experienced sewer, but they had a pattern that even a beginner could give a go. So I dived in and purchased the pattern and then a pink fabric with white polka dots, and gave it ago.

Overall I found the pattern a little bit of a challenge because I've never ever constructed pleats, but with the help of a few tutorials on YouTube, I was on my way to completing my first ever dress.

Overall I was happy with the result, but next time I wont make the sash, I found it kept bunching up and moving. Other than that the dress was perfect for what I wanted. 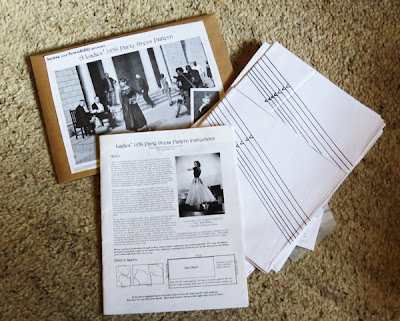 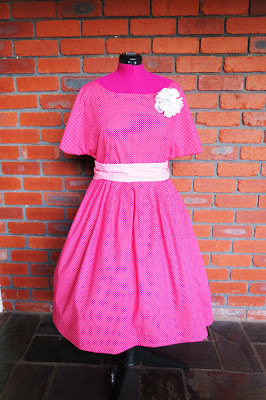 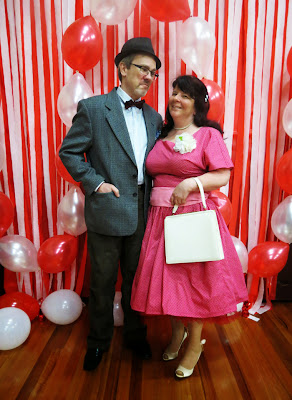 Hoping to visit Finders Keepers this weekend here in Melbourne at the Exhibition Building in Carlton. 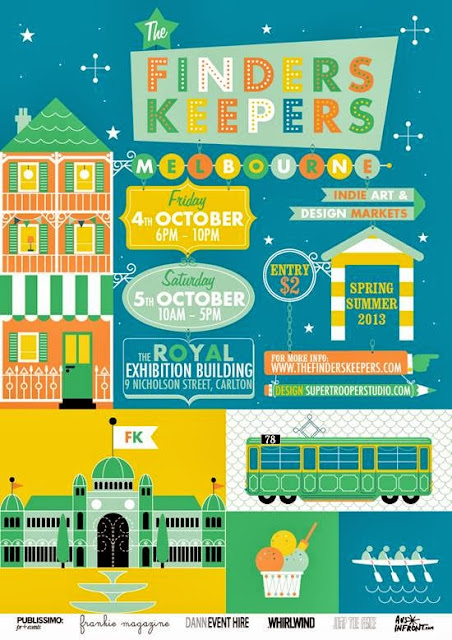 Email ThisBlogThis!Share to TwitterShare to FacebookShare to Pinterest
Labels: Markets

I'm not a big fan of the Underbelly TV shows, however saying that I have been watching the Squizzy Taylor Underbelly series, currently screening on Channel 9 here in Australia. Joseph Leslie 'Squizzy' Taylor was a gangster here in Melbourne in the 1920's. 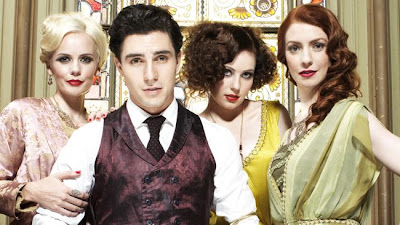 Recently I went to the Underbelly Squizzy Costume Exhibition at the Old Melbourne Gaol.  I thought it was a nice touch that this exhibition was being displayed within the Gaol. The costumes are wonderful but I am always surprised how the costumes look more detailed on the TV / movie screen than they do in the flesh. 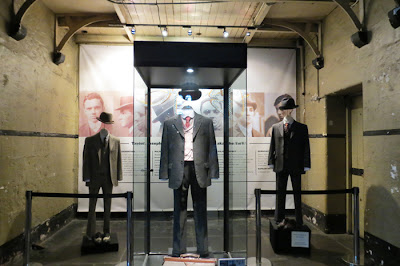 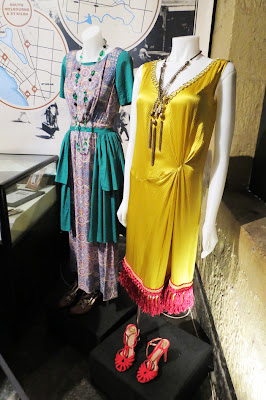 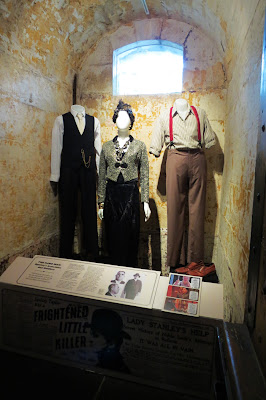 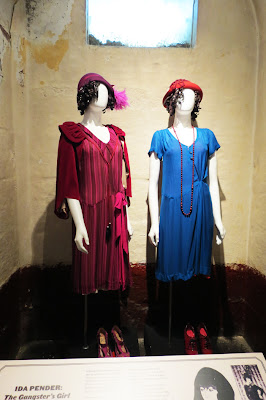 
Bucket lists they are a funny thing.  I must admit I had never heard of the term, until the movie 'The Bucket List, starring Jack Nicholson and Morgan Freeman came out.  Is it an American term, I don't know.

My husband has always wanted to jump out of a plane - a tandem jump. So for Fathers Day, we gave him a voucher so he could fulfill his dream.  So yesterday down at Barwon Heads in Victoria he tackled his dream and jumped out of a plane.

I waited on Terra Firma while the plane gradually gained height and reached it's aim of 14,000 ft.  This took 25 minutes. We were informed by staff they had jumped out.  I remember seeing the parachutes open, best way to describe it, was they looked like flowers blooming very quickly.  Then they landed, it was so quick.

My husbands descriptions of what it's like to jump out of a plane, fall through a cloud and land is amazing and also darn frightening, from my point of view. He wants to do it again, yikes I thought. I said to him, I guess roller coasters will be an anti-climax now, he said, "yep they will". 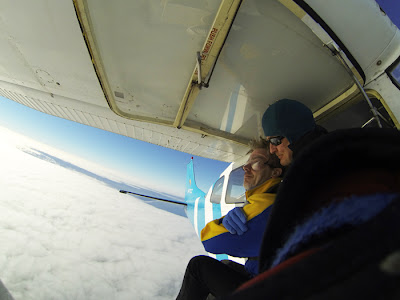 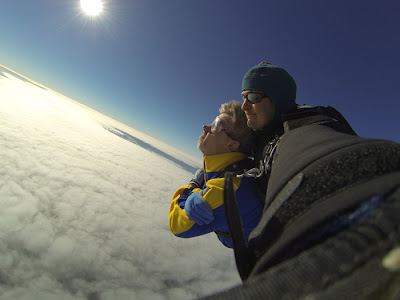 Crochet rug - another one bites the dust

Back in May I mentioned that I had commenced on another crocheted rug.  Well it's finished! 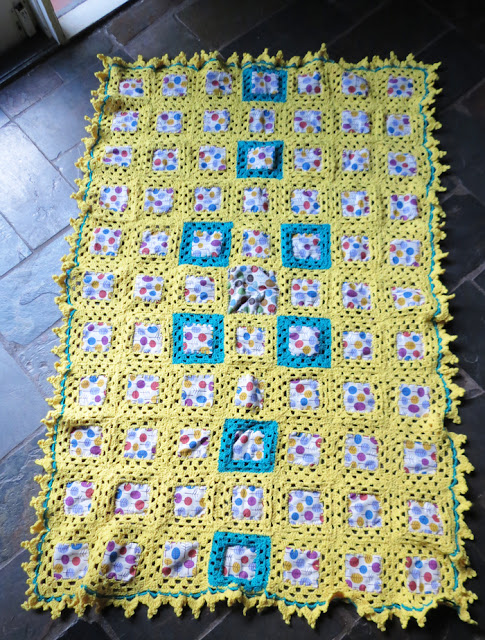 I crocheted the traditional granny square stitch around fabric, using the colours yellow and aqua.  I must admit I was sick of yellow by the end of this project, but I was, in the end, happy with the rug.  And yes I have started on another rug, but it will be a Christmas present, so I wont be blogging about that one until after Christmas.  Which isn't all that far away!
Posted by Beky at 3:11 PM No comments:

Email ThisBlogThis!Share to TwitterShare to FacebookShare to Pinterest
Labels: Crochet


I've added three new Get Well Soon greeting cards to my Made It online store.
Click here to check them out. 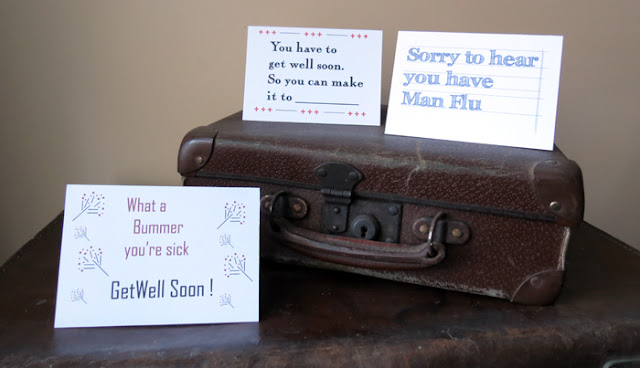 Email ThisBlogThis!Share to TwitterShare to FacebookShare to Pinterest
Labels: stationery


A friend of mine is studying a photographic course. He's most recent assignment was to take photos of products for a client.  I offered my products to be used in his assignment.

I absolutely loved with what Paul came up with, making my products stand out in all there glory.  Thank you Paul for giving my products the celebrity touch. :-) 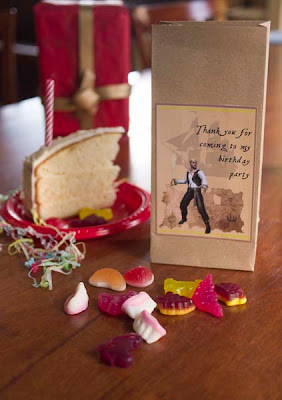 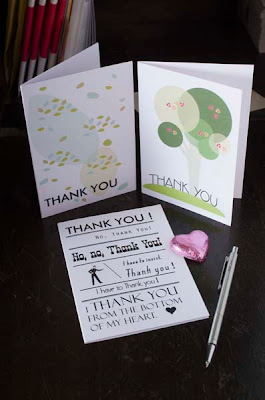 Selection of Thank You Greeting Cards 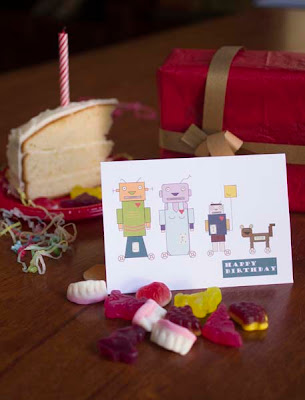 Robot Family Birthday Card
Posted by Beky at 10:46 AM No comments:

Email ThisBlogThis!Share to TwitterShare to FacebookShare to Pinterest
Labels: Made It, stationery
Older Posts Home
Subscribe to: Posts (Atom)

Beky
Melbourne, Victoria, Australia
I am a self taught costumer and graphic designer, who loves to create on the humble sewing machine and computer. I love design, historical costuming, history, crochet, Regency, France, UK and science fiction.

This is a Flickr badge showing public photos and videos from Pivotal Xpressions. Make your own badge here.